I didn't get my IMM post up last week as either Blogger and/or my laptop were being weird so here's the books I got for the last two weeks:

Lottie Biggs is (Not) Tragic

This week's question is:
Let's step away from books for a second and get personal. What T-Shirt slogan best describes you?

Ha, I've just found one that says "Do I look like a f***ing people person" which definitely suits me on some days. I used to have a "Little Miss Trouble" which is right for some days as well lol. Mostly I think this one is the best fitting though: 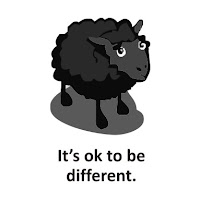 Read My Review is a chance for book bloggers to share new and old reviews, related to a theme. It is hosted here at A Trillian Books. Make sure you leave your AMERICA reviews on the current linky and also visit some of the awesome reviews already there. It's the last few days of this theme so make sure you get your reviews in.
Posted by Tasha at 09:15

Booking Through Thursday is a weekly meme about (mostly) books and reading. This weeks question is:


What’s the latest you’ve ever stayed up reading a book? Is staying up late reading a usual thing for you?

I regularly stay up late, usually at weekends I'm still awake at 2am, sometimes reading sometimes not. I think the latest I've stayed up is all night lol ... reading Harry Potter and the Deathly Hallows

. My friends and I went to a midnight book launch so probably got home about 1 or 2am and then stayed up reading until we'd finished. I think we may have taken short naps mid morning but otherwise read right through until we'd all finished.

Email ThisBlogThis!Share to TwitterShare to FacebookShare to Pinterest
Labels: booking through thursday, meme 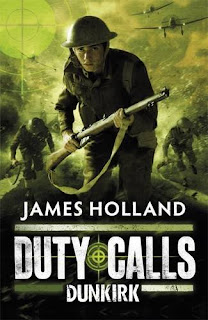 Hours later, Stukas scream down from the sky. Messerschmit fighters roar towards his regiment. Trucks burst into flames.

Young Private Hawke just wants to do his duty and serve his country. But as he - and his fellow soldiers - prepare to stop the German advance, there's only one question on everyone's lips.

HOW WILL THEY SURVIVE?

Sixteen-years-old and in Northern France during World War 2, Johnny is right in the thick of the action. He's the youngest of his company and fresh from training; a little bit naive but determined to play his part and fight for his country.

The book is very detailed and accurate (or at least it seems it to me, I'm not an expert lol). Some knowledge of the different ranks and other military terminology is assumed and towards the start of the book I found this a little bit confusing despite there being a glossary (and that I've read a fair amount of military based books). However, once I'd gotten into the story and googled a few words I liked that the writing seemed very true to life - to be fair, it wouldn't have flowed right if the author had explained everything too much.

At times the detailed battle scenes were a little too much for my personal preference and I did find myself skipping through a few of them. Don't get me wrong, they were good and I could totally imagine everything that happened but there was too much for me. However, considering the target group for this book is probably  younger teen boys, I'm sure they'll love all of the action.

A good story with an insight into the life of a World War II soldier. There's plenty of action with some really interesting characters.
Posted by Tasha at 07:51

As the council seated themselves, Beck took a seat next to the master and waited, drumming his fingers on his knee to work off some of his tension. When he brushed a hand over his forehead, it came away wet. 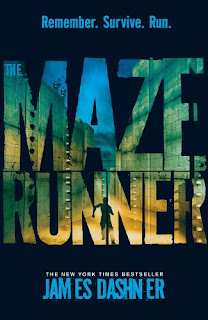 Imagine waking up one day in total darkness, unsure of where you are and unable to remember anything about yourself except your first name. You're in a bizarre place devoid of adults called the Glade. The Glade is an enclosed structure with a jail, a graveyard, a slaughterhouse, living quarters, and gardens. And no way out. Outside the Glade is the Maze, and every day some of the kids -- the Runners -- venture into the labyrinth, trying to map the ever-changing pattern of walls in an attempt to find an exit from this hellish place. So far, no one has figured it out. And not all of the Runners return from their daily exertions, victims of the maniacal Grievers, part animal, part mechanical killing machines.

Thomas is the newest arrival to the Glade in this Truman-meets-Lord of the Flies tale. A motley crew of half a dozen kids is all he has to guide him in this strange world. As soon as he arrives, unusual things begin to happen, and the others grow suspicious of him. Though the Maze seems somehow familiar to Thomas, he's unable to make sense of the place, despite his extraordinary abilities as a Runner. What is this place, and does Thomas hold the key to finding a way out?

Thomas wakes up in a box with no memories of his past. He has no idea of where he is or how he got there. He emerges from the box to find himself in the Glade, an enclosed area in which he is to live with a community of other boys. There's no adults in the Glade and other than some essential supplies and a regular newbie being provided, they have to survive on their own. Outside the Glade is the Maze, which a small group of the Gladers, known as Runners, explore every day in hope of finding a way out. The Maze changes every night, when the doors to it are closed and the Grievers, hybrid mechanical animal creatures, come out to play.

Soon after Thomas' arrival, another newbie turns up in the box. Teresa is the first girl to ever arrive in the Glade and as she tells the Gladers before slipping into unconsciousness, she is also the last newbie to come. The Gladers know from then that something unusual is about to happen but none of them could ever imagine what's in store for them.

The Maze Runner is very much plot based rather than character based and well, it's a hell of a plot! At times I had literally no idea what was going on which may sound like a bad thing but it wasn't. The characters were spent a lot of the time not knowing what was happening and so it was good to feel their confusion. Usually I'm good at guessing what happens next or how the story would end up so I really liked that in this book there was a whole bunch of surprises and twists in the plot.

The characters weren't all that developed but personally I don't think this was really needed anyway. The story has that much going on that any more character detail would have just been too much. Plus, the Gladers had had their memories wiped before arriving at the Glade so they don't know their pasts and we're not meant to. A part of me did feel that Thomas did become attached to certain other characters very quickly but then I considered the situation they were in and figured that it made sense.

The Maze Runner is a a mix-up of The Hunger Games and Lord of the Flies, with a bit of Big Brother thrown in for good measure. It's an exciting, fast-paced adventure set in a future world and it's bound to keep you on the edge of your seat throughout.
Posted by Tasha at 21:26

It's Monday! What are you reading? is a weekly event to celebrate what we are reading for the week hosted at Book Journey. Post the books completed last week, the books you're currently reading, and the books to be read this week. Please comment or leave a link to let me know what you're reading this week!

Urgh so both my desktop and laptop computers at home have been not playing nice over the weekend. Desktop[ won't work at all and laptop seems to be having issues with certain websites, including blogger - hence no posts from me for a couple of days. I'm on work's computer at the moment and hopefully mine will be in a better mood when I get home lol.
Completed last week

This week's question is:
What’s the ONE GENRE that you wish you could get into, but just can’t?


Ooh tough question! I don't really know lol. I read most genres so it's hard to think of one that I don't read that I'd like to be able to enjoy. That's not to say I read every genre equally, just there isn't a particular genre I wouldn't try a book from - or at least not one I can think of.

This week's question is:
Name 3 authors that you would love to sit down and spend an hour or a meal with just talking about either their books or get advice on writing from?

Well, as a big Harry Potter fan, one of them would have to be JK Rowling and I'd be armed with a long list of questions about really minor trivial things about the books and characters. Then it'd be Terry Pratchett because there's no way that conversation would be boring. Thirdly, but by no means least, Scott Westerfeld because he's awesome!

Read My Review is a chance for book bloggers to share new and old reviews, related to a theme. It is hosted here at A Trillian Books. Make sure you leave your AMERICAN reviews on the current linky and also visit some of the awesome reviews already there.
Posted by Tasha at 08:46