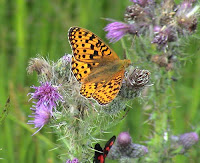 Not an overly brilliant month as far as number of reviews but I'm getting back on track.
Also it's really hard to find a 'July' picture that's not related to Independence Day lol
Read and Reviewed

Terry Pratchett: 1/6
Typically British: 7/8
Dystopian Challenge: 8/10
I really need to get some Terry Pratchett books read, I have a whole load waiting but they keep getting pushed back because they're neither review copies or library books.