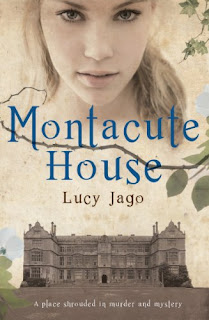 At first a boy’s body is discovered, then John, Cess’s best friend, disappears . . . What is the mystery behind these sinister events?

Cess works caring for the chickens at Montacute House but on her thirteenth birthday everything changes. She finds a precious locket hidden in the chicken coop and is convinced someone has placed it there for her to find. But the day is overshadowed by fear as a boy’s body is found by the river, and then John disappears. Cess is determined to find him but is soon embroiled in a plot that threatens her world and forces her to draw on powers she never knew she possessed, powers that will place her life in danger if they are discovered by the villagers. Witchcraft, politics and religious ambition combine in this gripping and wonderfully realised novel set in the Somerset of the 1500s.

Poultry Girl, Cecily Perryn, might be one of the lowliest workers at Montacute House but she knows she is lucky to have her job. Without it, she and her mother wouldn't survive. An illegitimate child in the Elizabethan era, Cess is at best ignored in the village of Montacute and at worst thought to be a witch.

Cess's thirteenth birthday is an eventful one to say the least. First she finds a locket in the chicken coop and then there's the case of the missing boys. When her only friend, William, later goes missing, Cess sets about finding out what is going on, finding herself deep in a treasonous plot.

I really liked the idea behind Montacute House. It's set in a time period that I love reading about, there's conflict between Protestants and Catholics and the whole witch hunting thing going on. However, for me there was something missing. I don't know what though. There was nothing I particularly disliked about this book, it just somehow didn't pull me in and grab my attention. The writing throughout was good, although in places I personally felt it was a little too descriptive; there seemed at times to be more about the scene than what the actual characters were doing and feeling. The characters themselves were okay; they didn't annoy me but at the same time I didn't really feel that I connected with them and I didn't really care what happened to them. This was a shame because I thought they had potential to be really good characters. There's a small element of a love triangle that's not really expanded on as much as it could have been which would have given another dimension to the story. Also, the villian of the story is called Drax Mortain which has to be up there with the great names for bad guys!

Essentially the book was more plot driven than character driven but as the plot was itself a fairly predictable, it really needed something else to take it from an okay book to a great one. There are also places in which the plot is moved forward just by one of the characters telling "This is what happened" rather than it being discovered or figured out. However, this book seems to be aimed more at younger teens, what with the heroine being thirteen and the length of the book, so that mostly explains a lot of these points. Baring this in mind,  I'd say Montacute House would be a good introduction to historical fiction for that age group.

An okay, but not great read. If you're a fan of the genre maybe get it from the library.
Posted by Tasha at 15:45