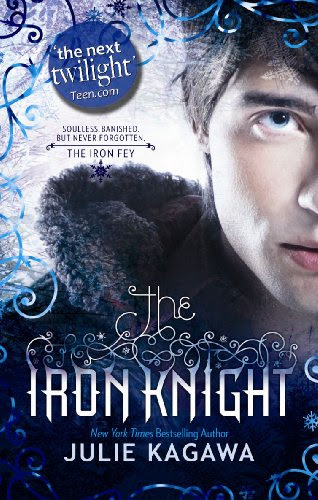 Ash, former prince of the Winter Court, gave up everything. His title, his home, even his vow of loyalty. All for a girl… and all for nothing.

Unless he can earn a soul.

To cold, emotionless faery prince Ash, love was a weakness for mortals and fools. His own love had died a horrible death, killing any gentler feelings the Winter prince might have had. Or so he thought.

Then Meghan Chase—a half human, half fey slip of a girl— smashed through his barricades, binding him to her irrevocably with his oath to be her knight. And when all of Faery nearly fell to the Iron fey, she severed their bond to save his life. Meghan is now the Iron Queen, ruler of a realm where no Winter or Summer fey can survive.

With the (unwelcome) company of his archrival, Summer Court prankster Puck, and the infuriating cait sith Grimalkin, Ash begins a journey he is bound to see through to its end— a quest to find a way to honor his solemn vow to stand by Meghan’s side.

To survive in the Iron realm, Ash must have a soul and a mortal body. But the tests he must face to earn these things are impossible. At least, no one has ever passed to tell the tale.

And then Ash learns something that changes everything. A truth that turns reality upside down, challenges his darkest beliefs and shows him that, sometimes, it takes more than courage to make the ultimate sacrifice.

Ash has promised Meghan he'll somehow return to her, despite him being unable to live in the Iron realm. He's determined to find away to keep his promise; and to do this he must earn soul and become mortal. If that wasn't enough, Ash is stuck with Puck, who's promised Meghan to keep the Winter Prince safe, along with some other familiar and new faces.

I was really excited to read this book, I really enjoyed the first three books and with Ash being my favourite character of the lot, what more could I want? It's really interesting to read from Ash's point of view and not only does the reader get to know him so much better, we also see a different side of Puck. Ash and Puck have a long history together, both as friends and enemies, so the interaction between them is always interesting to say the least.

There's a bunch of twists and surprises along the way which keeps the story fresh and interesting and although I believe this series was planned as a trilogy, this fourth book certainly doesn't feel like an extra tagged on the end. As expected from Julie Kagawa, the writing is excellent, creating a vivid image of the world as Ash and his rag-tag gang quest their way through it to The End of the World.
Posted by Tasha at 17:33