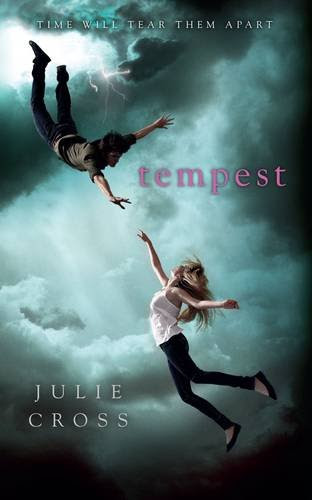 The year is 2009. Nineteen-year-old Jackson Meyer is a normal guy… he’s in college, has a girlfriend… and he can travel back through time. But it’s not like the movies – nothing changes in the present after his jumps, there’s no space-time continuum issues or broken flux capacitors – it’s just harmless fun.

That is… until the day strangers burst in on Jackson and his girlfriend, Holly, and during a struggle with Jackson, Holly is fatally shot. In his panic, Jackson jumps back two years to 2007, but this is not like his previous time jumps. Now he’s stuck in 2007 and can’t get back to the future.

Desperate to somehow return to 2009 to save Holly but unable to return to his rightful year, Jackson settles into 2007 and learns what he can about his abilities.

But it’s not long before the people who shot Holly in 2009 come looking for Jackson in the past, and these “Enemies of Time” will stop at nothing to recruit this powerful young time-traveler. Recruit… or kill him.

Piecing together the clues about his father, the Enemies of Time, and himself, Jackson must decide how far he’s willing to go to save Holly… and possibly the entire world.

Jackson Meyer can travel through time. This is not new to him, he's been jumping into his past for a while and with the help of his science geek friend Adam, he's even gotten to grips with some of the perimeters of his ability. The one thing they've not figured out though is why Jackson can do it.

Nothing changes when Jackson jumps so it's all just a bit of fun ... until the day his girlfriend is shot by some strangers who've showed up at her door. Jackson panics and finds himself in the past but somehow he can't get back to save Holly. Instead he has to try to do what he can from where he's stuck in 2007.

Tempest hits the mark for a great book on every level. Having a male protagonist makes a refreshing change from most YA books which are largely told from the female point of view. That Jackson is such a likeable character just adds to this. He's easy to identify with, realistic and at times adorable! His romance with Holly is so cute, made more special in that we jump into their relationship when they're already completely in love ... and that they fall in love all over again back in 2007.

I loved the time travel element of the story. In some ways  it was reminiscent of The Time Traveller's Wife. We get to learn most of what we do about Jackson and his abilities from his jaunts into the past. My only down point of the whole book was that the explanations behind Jackson's ability to time travel were at times vague. However, as this book is the first of a series there's time for this to happen. It's a really interesting concept that's sure to make an exciting series.
Posted by Tasha at 14:26