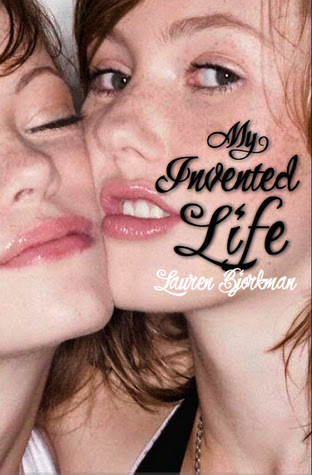 To thine ownself be true!
Roz's sister, Eva, is perfect. So perfect that Roz would quite like to be just like her. The only problem is that Eva is better at everything and the boy Roz likes is Eva's boyfriend.
On a whim, backed up with only the tiniest amount of evidence, Roz decides that Eva might be a lesbian. To help her sister come to terms with this, Roz decides to come out herself - even though she isn't gay, or at least she doesn't think she is.
Throw in theater-geek friends, a new boy, a Shakespeare play and Roz's wacky fantasies and you're in for a fun and dramatic read.
The characters in this book were really likeable and by the end of the book I felt like I knew them all. Roz is the narrator of the story and so everything is seen from her slightly obscure point of view. I don't usually get on so well with books written in the first person but I actually didn't really even notice that this one was as I was so into the story right from the start. A fun element is added to the writing with Roz's daydreams. To start with these were a little confusing but at the same time made me laugh and once I got used to them it was a lot easier to make sense of them.
Shakespearian language is used throughout the book, both when the characters are rehersing their play, As You Like It, and the group have a thing about throwing it into every day conversation. This could have gotten confusing or off-putting for some but on most, if not all, occasions an explaination was given as well.
Some serious teen issues are dealt with in this book from sexuality to parental problems with a whole load of other stuff but they are put across in a light-hearted and sensitive way. I think any teen, young adult (or anyone really) would not only benefit from reading this book but it's a fun and entertaining read at the same time.

Other reviews of this book
Storywings
The Bookologist
Secret Dreamworld of a Bookaholic
My Invented Life was received as part of an International Book Tour, with thanks to the organisers and Lauren!
Posted by Tasha at 20:27