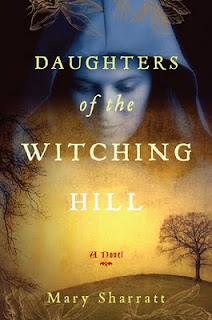 Daughters of the Witching Hill

Bess Southerns heals the sick and foretells the future, earning herself a reputation of a cunning woman with those living in Pendle Forest. Her craft is passed down through her family and she also teaches some to her friend.


Set in Lancashire, England, during the early 17th century (a time when the Catholic religion was banned and witch-hunts were a big thing), Daughters of the Witching Hill is a tale of how a family struggles through poverty. They survive largely due to Bess' craft until the day her granddaughter, Alizon, meets a peddler in the road who refuses to sell her some pins. Following Alizon'z harsh words, the peddler suffers a stroke which leads to her being accused of being a witch. The local magistrate is keen to make a name for himself as a witch finder and plays the family members and neighbours against each other until eventually thirteen people in total are arrested.


Although the start of this book seemed a little slow to me, it was well written and clearly well researched and historically accurate. The book is based on a true story.


The second part of the book switches narration from Bess to Alizon and it was at this point where it seemed to pick up and started to capture me. Each of the characters are well written and even towards the end when it seemed inevitable what was going to happen to them, there was still a little part of me hoping that they would all live happily ever after. Although the end was pretty predictable, the book was more about the characters and in particular how they survived as a family, rather than where they ended up.


An enjoyable read, this book would be more suited to fans of historical fiction than those who like the fantasy element of witchcraft. Fortunately I like both!

Daughters of the Witching Hill is released on 7th April 2010. You can find out more about the book at www.marysharratt.com
Posted by Tasha at 10:00